By age five, Harriet Denison was devouring the exciting pages of National Geographic Magazine. Smitten by photos like those of Huli Wigmen in Papua New Guinea, she studied their exotic costumes, nose plugs and bright feathers and the world opened to her. 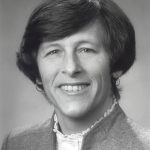 During her college years, she spent a summer in Malawi, which led to two years in Tanzania teaching in the Peace Corps followed by numerous international trips and sojourns. In 2000, the world of birds and their fascinating home environments grabbed her attention. The most colorful, mysterious and delightful creatures on earth became her passion and birds of the Antarctic, the River of Doubt, Madagascar, Papua New Guinea and numerous other international birding spots called to her. She returned with astute observations, humorous stories and tales of exciting adventures.

This website is based on those international birding trips.

Additional travel pieces will be found in Archives.

More Than Birding; Observations from Antarctica, Madagascar and Bhutan.  (2018)

Travels with Turtle, From Oregon to Nova Scotia and Return (2003)