On our long drives, Pema talked with us about his country’s history and values, and the complexities of modernizing such an insular society. His comments helped me understand Bhutan’s unique culture and history.

For centuries, self-sufficient Bhutanese people lived in isolated valleys connected to their fields and other villages only by steep mountain paths. In 1634, Ngawang Namgyal, the Tibetan Buddhist lama and political outcast, unified Bhutan for the first time as a nation-state. He set up a dual system of government and codified a system of laws. After Namgyal’s death in 1651 the country struggled for two centuries to maintain the spiritual and administrative systems he had established. 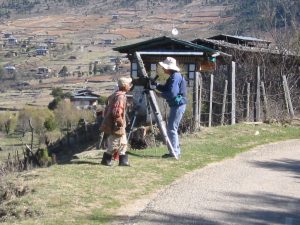 At the end of the 1800s, Ugyen Wangchuck, the Governor of the Province of Trongsa, quelled the nation-state’s civil unrest and informally ruled the country for ten years. When the last spiritual leader died in 1903 and no successor could be found, the governors of Bhutan’s providences elected Ugyen Wangchuck as their first Druk Gyalpo, a title that means Dragon King, and from that time forward, his people have called themselves Drukpa or Dragon People.

First King Wangchuck founded a line of benevolent kings who, over many years, have moved Bhutan away from an absolute monarchy in which the king made all decisions. Great Britain was Bhutan’s model for a desired democratic constitutional monarchy in which the power of the monarch is limited and balanced by an elected body. In addition, Mahayana Buddhism is the spiritual practice of the kings and of all Drukpas, and the core values of that practice have guided Bhutan’s transition to a democracy.

First King Wangchuck, who ruled from 1907 to 1926, gently improved the infrastructure of his impoverished country by slowly building roads, schools, and health care facilities. Second King Jigme Wangchuck, who was First King Wangchuck’s son and successor, received an education in Buddhist literature, English, and Hindi. During Second King Wangchuck’s rule from 1926 to 1952, he increased the power of the central government and carefully relaxed Bhutan’s isolation by allowing limited relations with the British Raj in India. By the mid-20th century, Bhutan still had no durable roads in large part due to heavy rains and the threat of landslides. In addition, the northern boundary with Tibet had not yet been finalized, and its southern border with India was still being negotiated after the withdrawal of Great Britain from India in 1948. 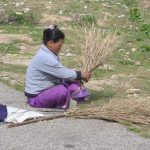 The Chinese occupation of Tibet in the 1950s presented a compelling reason for Third King Jigme Dorji Wangchuck, who ruled from 1952 to 1972, to hasten modernization of his country in order to protect its autonomy. However, his desire to build modern Bhutan based on the values of the 16th century Tibetan founders made the transition difficult as Bhutan emerged into the global milieu.

Third King Wangchuck appointed ministers to advise him during the initial transition from the absolute monarchy. At their suggestion in 1953, he established Bhutan’s National Assembly, a unicameral body of the people’s representatives in order to spread the responsibilities of governing. Final decisions still needed the king’s approval. In 1968, this changed so that the National Assembly’s decisions did not need the king’s approval. In 2007, the establishment of the National Council created a bicameral body for governance like those in Britain and the United States.

Third King Wangchuck’s attention to the historic values of Bhutan may have caused him to miss the significance of the increasing number of immigrants settling in the southern region of Bhutan with cultural beliefs that differed from Drukpa.

In the early 1900s, the Bhutanese government encouraged immigration from other countries to the arable strip of land on its southern border where few Drukpas lived. The “people of the south,” called the Lhotshampa, established farms and paid taxes that supported early economic development in Bhutan. However, the government forbade the Lhotshampas to settle north of the subtropical foothills, confining them to southern Bhutan. 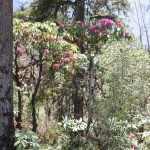 The Lhotshampa population in Bhutan had never been officially considered part of the Bhutanese population, but by the 1950s the government became concerned about the possible threat from their increasing numbers. As Bhutan matured, the Lhotshampa, along with other residents, benefitted from the expanding availability of government services in education and healthcare. To address the problem of increased migration by the Lhotshampa, Third King Wangchuck established the Citizenship Act of 1958 that declared only citizens, not all residents of Bhutan, would be eligible to receive government services. Because the concept of citizenship had never been clearly defined, he granted citizenship to anyone with a Bhutanese father. In addition, Lhotshampas who could prove they had lived in Bhutan for at least ten years prior to 1958 and owned agricultural land could become citizens. At the same time, the Bhutanese government banned any further immigration in an attempt to control the increase in the Lhotshampa population. However, lacking any means of enforcement, illegal immigration continued unchecked for many years.

In 1961, Bhutan began to implement the first in a series of five-year-development plans to guide modernization. Over the years, these plans have focused on attainable economic and developmental goals, so the work has been steady but slow. In the 1970s, the Fourth Five-Year Plan included an increased number of construction projects, including roads, bridges, culverts, and other infrastructure. Most Drukpas lacked the construction skills needed to meet the planning objectives, so Bhutan had to open its borders again to workers from India and Nepal eager for the work opportunities. Most workers returned to their homes after the contracts were completed, but many of the Nepalese stayed and easily settled into the Lhotshampa-populated states in southern Bhutan.

In addition, from 1960 to 2017 the population of neighboring Nepal tripled from 10 million to roughly 30 million. Nepal is among the economically poorest nations in the world and its government’s weak leadership of its multi-ethnic population has hampered international attempts to develop the country’s economy. As a result, migrants continue to leave Nepal seeking better places to live and Bhutan has been one of those destinations.

In 1985, advisers to Fourth King Jigme Singye Wangcheck alerted him that the government estimated the Lhotshampas comprised about 28 percent of Bhutan’s total population. Lacking an official census, other estimates were even higher. The government dealt with this renewed immigrant threat by tightening the requirements for Bhutanese citizenship. New immigration laws required that both parents of an applicant had to be Bhutanese—not just the father. If both parents were not Bhutanese, then the applicant had to be fluent in Dzongkha, Bhutan’s national language, and had to thoroughly understand Bhutanese customs, which basically meant the customs of the Drukpa. All other immigrants would have to leave the country. In addition, the new immigration requirements stated that anyone who had ever spoken against the king would be deported.

After the king tightened the citizenship rules, officials began the necessary work to enforce them. In 1988, the government initiated a census to clarify population numbers by ethnicity. It is important to note that the census took five years to complete and only took place in southern Bhutan where Lhotshampas live, causing them understandable agitation. To enforce the acceptance of the Drukpa culture in 1989, the king instituted the “One Nation, One People” policy, which required everyone to adopt Bhutanese (Drukpa) traditional dress and language. This meant that Lhotshampas had to wear garments not of their tradition and speak a language not their own. School classes in southern Bhutan had to be taught in Dzongkha, and the traditional language of the Lhotshampas, Nepali, could only be spoken at home.

Many deported Lhotshampas had lived in Bhutan for generations, so they had no “home” to return to and lived in crowded Nepalese refugee camps. Feeling they had unjustly been deported from Bhutan, they testified to human rights investigators that the Bhutanese examiners freely manipulated the deportation process to meet the desired numbers of deportees. Poorly trained census takers added to Lhotshampas’s belief that the Bhutan government’s treatment had been riddled with injustice.

When I was on my tour of Bhutan, I was not aware of the political implications surrounding the Lhotshampa issues. However, when a member of our tour group asked Pema about immigration problems in Bhutan, all Pema would say about the expulsion of Lhotshampas in the early 1990s was that “they were illegal.” I took what Pema said at face value to avoid sticky political discussions. After all, as a representative of his government, Pema would be expected to give us the official perspective.

It’s easy for outsiders to point out what’s wrong with a country, but I hesitated to do that especially when my own country has major ongoing immigration issues. Instead, on the tour I decided to focus on Bhutan’s natural beauty, the birding, and the country’s fascinating cultural aspects.

Bhutan created the First Five-Year Plan for development in 1961, which focused on attainable goals based on the core values of Mahayana Buddhism. In 1972, Fourth King Jigme Singye Wangchuck inspired the concept of Gross National Happiness (GNH) when he declared that happiness was more important than Gross Domestic Product (GDP), the index used by most countries to determine only their economic health. 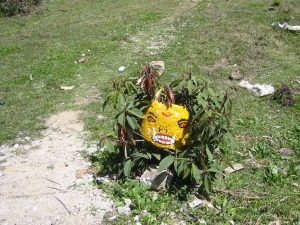 To support the political transition, the king charged Bhutan’s planners to consider the four pillars of GNH when developing subsequent five-year plans: good governance, a sustainable and equitable economy, preservation and promotion of culture, and environmental conservation. For the planning to move forward, the government had to again gather data and then set criteria and methods of measurement. As the work progressed, the king’s concept of gross national happiness became measurable and properly named as the Gross National Happiness Index.

In 2001, Fourth King Wangchuck charged the National Assembly to create a constitution that would complete the transition to democracy. At the time we were visiting, Pema told us that Bhutan’s constitution was in the final stages of development and would be ratified soon. While we toured Bhutan, we saw voting instructions on telephone poles and in the newspapers, along with orders to participate in the upcoming “practice election” to be held several months after our visit. Pema told us that some older people lacked enthusiasm for the election process because they liked having a benevolent king who made the major decisions for them. However, the younger Bhutanese, especially those who had lived outside the country, supported the changes.

At the time of our visit, data collection on consumer debt, the vigor of the environment, and the health of the people had been completed. The tool to measure and track GNH Index was almost ready. In 2008, the National Assembly passed the final version of the constitution that included the details of the Gross National Happiness Index, which made this new concept measurable and viable for incorporating into the planning process.

The Underbelly of Bhutan’s Happiness

Current visitors to Bhutan extol the virtues of GNH without understanding the whole picture. Ten years after my visit in 2007, improvements to Bhutan’s quality of life are guided by the king’s desire to preserve national identity, traditional values, and the concept of “One Nation, One People,” which he decreed in 1989. It sounded good at the time, but in this desire for “one people” lurks the underbelly of Bhutan’s lauded GNH. 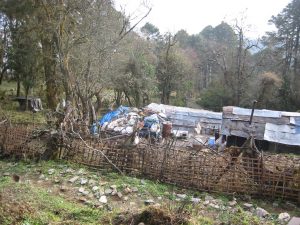 Surprisingly, I also learned that the Bhutanese government only canvassed full-blooded Drukpas—descendants of the original Tibetan immigrants—to obtain data for the measurement of GNH. At the time we visited, we heard that access to healthcare, higher education, and the better paying jobs were heavily determined by bloodlines and closely linked to citizenship, making it a tough and very unhappy situation for Lhotshampas.

This is the underbelly of Bhutan’s quest for GNH among its citizens. Apparently, happiness in Bhutan only applies to some people.